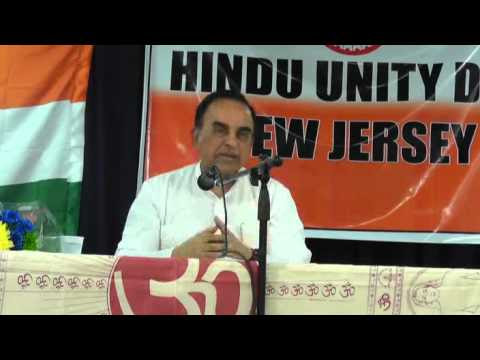 Namaste,
Here, I feel, is a most necessary commentary about the survival of Hinduism, Vedic Culture in general in India. I have long posted the ideas that the Vedic tradition as we find in India today is sometimes rapidly in the decline. The causes are many. Even though I come across those Indians who agree, I also come across those who have indefatigable optimism that the Vedic culture will never fade away. I have written many arguments both for and against that view, based on the teachings of Bhagavad-gita (in which Lord Krishna said that He came to again re-establish Dharma, meaning that it indeed had faded away) and in factual situations seen in India all the time.
I am convinced, moreso than many with whom I speak, that there is a great need to work on more than a philosophical basis, and with a greater need for unity and cooperation amongst all of us devotees and Dharmists, if we are to make sure Vedic culture is preserved, protected, promoted and perpetuated in its homeland, or even all over the world. Right now there are only a few organizations in India which are really doing anything to accomplish this, such as Iskcon, Swadhyaya, Swami Narayana group, and others. And we need more. Though I am a westerner, and even on occasion feel the discrimination of Indians towards me for that reason, it has not damped my determination to continue to spread the philosophy and the culture of the Vedic point of view, and what I see most valuable about it, in whatever way I can. And, fortunately, many are those who have appreciated my efforts and feel I am one who has the kshatra spirit to keep working in this way.
This present article is by another outsider, meaning non-Indian born person, who has written much about the political side of Hinduism. I have not always agreed with everything that Dr. Koenrad Elst has said, but his points in this article are more than valid, at least in the portion of the article that I present below. In some ways this is like an article between friends, since I have met Koenrad, along with others that are mentioned below, such as Swami Dayananda Sarasvati, Subramaniam Swamy, Prof, Yashwant Pathak, David Frawley, Ashok Chowgule, and N. S., Rajaram. I have met or know them all, and even shared the lecture stage with most of them at one time or another. This is my other identity or other world in which I live besides being a simple Hare Krishna devotee. So I agree with the need of the Kshatra spirit to save Vedic tradition, over and above merely keeping the traditions alive. And without that, the slow death of Vedic culture in India is not only in view, but also inevitable if more is not done to preserve, protect, promote, and perpetuate it, as the article that follows briefly shows.
Hari Om and Hari bol,
Stephen Knapp (Sri Nandanandana dasa)
I am concerned about the defense of Hindu ciilization while those who speak in the name of 'tradition' don't seem to see beyond preservation in a form they consider 'pure'. But purity is in the eye of the beholder.
700 years ago, when the first wave of Islamic onslaught threatened finish Hindu society, Madhavachary (Vidyaranya), told his younger brother Sayana: "Set aside your works and commentaries-- and go to Pampa-kshetra (modern Hampi) on the Tungabhadra. That is where we are needed."
We are at a similar point today. No civilization can survive without kshatra-bala. Lack of a kshatra tradition finished off Buddhism in Eastern India (now stronghold of Islam) and Central Asia. Gandhi-Nehruism has placed Hinduism in the same position. Agamas and purity of Vedic rituals will not save it. They cannot protect themselves let alone protect others.
Every invader seeks to emasculate subject people by destroying kshatra. Muslims did it, the British did it, but the British also gave Hindus the opportunity to regain their kshatra spirit. But this is what Gandhi and Nehru tried to undermine in the name of ahimsa. (I am working on an article on this.)
India has a professional army of high quality, but no kshatra in its political class, which is made up mainly of unscrupulous baniya spirit.
What Hinduism needs is revival of the kshatra spirit, not revivalism through ancient ritual practices-- or disputes about how many angels can dance on the head of a pin. There will neer be a shortage of such spirits.
N.S. Rajaram
On Fri, Sep 7, 2012 at 11:49 PM, Ishwar Sharan <ishwarsharan@gmail.com> wrote:

Dr. Rajiva, I would like to bring this particular chapter of the discussion to an end for the time being. If you wish to respond to Dr. Elst, pls do so in the comment box below the article. The comment box will take any amount of text which can be copied and pasted into the box, with email and name added in the appropriate fields. Thank you. - IS

HAVE LUNCH WITH GOD

Dear Friends,
It is created story by Author to present his idea about real own Happiness by meeting God.
Do not miss to read till the end.
Just smile you win half the Game. That is my own Motto.ALWAYS LOVE HUGS SMILE
NAVIN
KISHORE

recieved with thanks from : Navin Sata , usa
Posted by https://worldisahome.blogspot.com No comments: