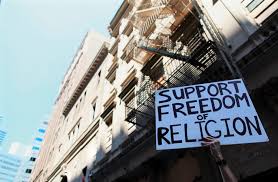 i liked the language of following paragraph. where freedom in hindu relegion is butifully written.

there are many verses in sri gita , which also gives the freedom to all relegion people.
one of them is chapter no. 9 verse no. 23

that clearly shows, that the god of hindus himself  have given permission to pray any god of our choice.

Hinduism represents a code of conduct and system that has spiritual freedom as its core. It's not like Christianity or Islam. Any spiritual vision that accepts the spiritual freedom of others may be considered part of Sanatana Dharma (Hinduism).

But practically Hinduism is not really that big outside of India, because Hindus don't allow others into the Hindu faith even if many New-Age followers are leaning towards Hindu philosophy and use much of its beliefs in what it practices, hence that is why many followers call Hinduism a universal religion. But we don't care too much numbers, we look at the essence, that's the most important aspect.
@Divyanka: I'm sorry, I didn't explain myself well... Hinduism don't allow others into the Hindu creed through the forced conversion. That's what I would say too and I regret you could have misunderstood my thoughts. Thanks for answering. 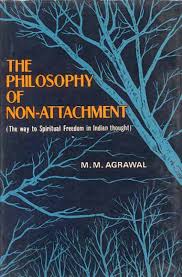 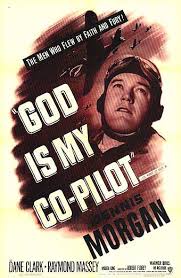 here is one more forward, i could not stop myself.

why i am forwarding !
you can see the reason in the last of this mail.

thanks and regards
ashok gupta


The Pilot.
A priest was on a long flight home after a Church Conference.

The first warning of approaching problems came when the
'Fasten Your Seat Belts' sign flashed on.
After a while a calm voice said,
"We shall not be serving beverages at this time as we are expecting a little turbulence.
Please make sure your seat belt is fastened."

The priest looked around the aircraft and saw that many of the passengers were becoming apprehensive.
Later, the voice on the intercom said,
"We are so sorry that we are unable to serve meals at this time…
The turbulence is still ahead of us."

And then the storm broke.
The ominous cracks of thunder could be heard even above the roar of the engines.
Lightning lit up the darkening skies, and within moments that great plane was tossed around like a cork in a celestial ocean.
One moment it was lifted on terrific currents of air, the next it fell as if about to crash.

As the priest looked around he could see that nearly
all the passengers were alarmed - except one little girl!

She sat calmly, feet tucked under her, looking at pictures in a book, oblivious of the turbulence around her.
Sometimes she would close her eyes, and then she would go back to her book.

The storm blew over.
When the plane landed and the passengers were disembarking,
the priest approached the little girl and asked her why she was not afraid like the other passengers.

The little girl replied,
"Cause my Daddy's the pilot and he's taking me home."

There are many storms that buffet us…
Physical, mental, financial, domestic and other storms that can darken our skies and throw us into turmoil.

Our Father is the Pilot.
He is in control… He will take us Home… Don't worry!

When you have something to say, but don't know what, and don't know how....you forward stuff.

how to hang a terrorist, kasab and rapist , learn from iran