i got this mail from avinash sharma, i could not resist putting on my blog ( because my blog readers deserve the best).

and who's identity can not declare without his permission.

but i do not take his permission to forward his beautiful mail.

all in the god's name.


Subject: Fwd: SOMETHING TO REALLY REFLECT UPON

i have copied the following post from sh navin sata of usa , who is very kind to send these beautiful gifts to the world, to make it a better world.

i do not want to give his email to respect for his privacy. but if some body wants, i can send his views to him. and it is upto him to decide that he wants to be in contact or not .

what better it could be for my blog, then these beutiful words. 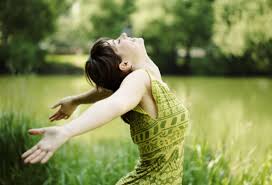 Life is just like a sea, we are moving without an end. Nothing stays with us, what remains is just the memories of some people who touched us as Waves.
There was a blind girl who hated herself just because she was blind.
She hated everyone, except her loving boyfriend. He was always there for her. She said that if she could only see the world, she would marry her boyfriend. One day, someone donated a pair of eyes to her and then she could see everything, including her boyfriend.
Her boyfriend asked her, “now that you can see the world, will you marry me?”
The girl was shocked when she saw that her boyfriend was blind too, and refused to marry him. Her boyfriend walked away in tears, and later wrote a letter to her saying: “Just take care of my eyes dear.”This is how human brain changes when statuses change.

Only few remember what life was before,
and who’s always been there even in the most painful situations.Life is a gift.

Today before you think of saying an unkind word –
think of someone who can’t speak.

Before you complain about the taste of your food –
think of someone who has nothing to eat.

Before you complain about your children –
think of someone who desires children but they’re barren.
Before you argue about your dirty house, someone didn’t clean or sweep –
think of the people who are living in the streets.

Before whining about the distance you drive –
think of someone who walks the same distance with their feet.

And when you are tired and complain about your job –
think of the unemployed, the disabled and those who wished they had your job.
But before you think of pointing the finger or condemning another –
remember that not one of us are without sin and we all answer to one maker.
And when depressing thoughts seem to get you down –
put a smile on your face and thank God you’re alive and still around.
Life is a gift – Live it, Enjoy it, Celebrate it, and Fulfill it.

Don't ignore the theme of this story and lets evaluate our own selves if we are ignoring nearby relatives or friends who may have helped us so much without themselves wanting anything in return.

love your life as it is :

in hindi that means :