memorable visit to jagannath baldev and subhadra in puri : the best temple i remember to see 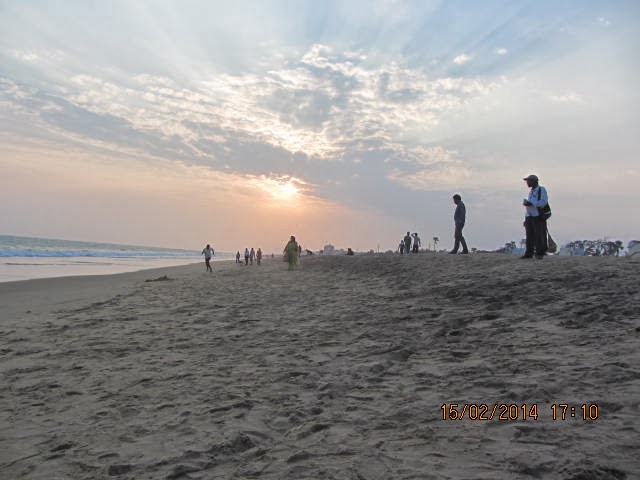 “enjoy the jagannath temple yatra, in puri, a lot on side with  nirvana”
i was recently there in puri. and before going , i read many reviews here.
i got frightened by the pandaas of puri description:

my tips for enjoyable vacation :

you actually need a panda , who would tell you about the temple.
but naturally they would like you to give donations and solicit for that as any other agency do it.
so do not take it offensive.
my tip is : just tell them , what they expect,and tell them you would give them X amount for their introducing the temple, and would donate or not donate according to your wish.
but then do not get carried over by the different pandaas , when they say you should donate this for that.
this is a small principal in all the temples of india, as you actually need them as a guide, otherwise you will see the walls only.
for a personal information, feel free to contact me, without any obligation:
ashok gupta
1st floor,
c-153 vivek vihar, delhi, 95 india
richmond.intel@gmail.com
phone : +91- 9810890743 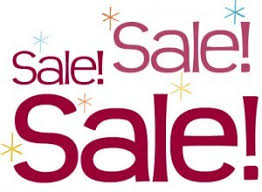 Indian Media and their links with Politicians
Do not expect unbiased opinion from these guys.. and get carried away..

As received from a journalist..

This is the study carried out by me in last 2 weeks. I was helped by my journalist friend who works with Financial Express. It was a time once when I used to enjoy the debates on the news channels with current & blushing issues of my country. But within last 2-3 years what I have seen is the polarization of the ideology of Indian Media. Here I have studied few of the people related with leading media channels, newspapers & magazines.

2.    Vinod Sharma, HT Political Affairs editor, is essentially a Congress spokesman on all TV panel discussions, because once his boss’ term gets over, he will be looking out for her RS seat next year!

3.    Barkha Dutt and Vir Sanghvi, famous Congress stooges (and intermediaries for UPA allies) who were exposed in the Radia-gate scandal, and are Congress spokespersons in their capacities as electronic media personalities, are the ones who write opinion and columns most frequently (once every week) on the editorial pages of HT. In return, Barkha and Sanghvi are rewarded with PadmaShrees and other compensation by the Nehru dynasty or Congress party.

5.    NDTV’s Sonia Singh is the wife of Uttar Pradesh Congress MP, Union minister and ex-princely state ruler, Mr. R. P. N. Singh, who is one of the fastest rising stars in the Congress party. If you remember, Sonia Singh is a very high-profile anchor on NDTV whose anti-BJP views are followed by the great Sir Digvijay Singh!

6.    NDTV’s Nidhi Razdan (high-profile anchor of Left Right Centre) is the current girlfriend of J&K CM Omar Abdullah (after Omar recently divorced his wife of several years and mother of his two children,
Payal). Nidhi Razdan is also famous for her Congress bias.

7.    CNN-IBN : Rajdeep Sardesai’s wife and co-promoter of CNN-IBN,Sagarika Ghose, who anchors Face the Nation and is famous journalist of CNN-IBN (well, her hubby is the owner-editor-in-chief after all) are famous Congress stooges. Sagarika’s father Bhaskar Ghose was a famous sarkari babuand was made the chief of Prasar Bharati (Doordarshan) during Indira and Rajiv regimes. Bhaskar Ghose was well-known for personal loyalty to the Nehru dynasty, and now his daughter and son-in-law are rewarded with their own channel to do Congress propaganda.

10.  Vinod Mehta - Outlook editor has been well known to take anti BJP stand. The Congress (in fact just the one single family — the Nehru dynasty) has been in power for 56 of the last 65 years of independence. This matters a LOT.
Personal relationships have been built, blackmail-worthy secrets have been recorded, monumental wealth has been accumulated all by the one single Nehru dynasty (and its family-business-cum-political-party Congress) that helps it maintain its tight iron grip over not just the entire Indian mainstream media, but also deep into our bureaucracy, our governmental institutions, and even our journalism and mass media, colleges and graduation schools. I have not even scratched the surface of the network of family and personal relationships through which the Nehru dynasty has completely dominated and controlled the entire intellectual, historian and journalist landscape of India. And we haven’t even talked about the monumental wealth or the blackmailing secrets. All because the one single dynasty got to rule over India for 60 years uninterrupted. It matters a LOT. The typical JNU Nehruvian communist left-libbers ideologues have really perpetrated some kind of stranglehold on India’s journalism, media and intellectual space. Almost all BJP or even neutral journalists have been slowly thrown out of their jobs due to pressure from the Congress and the Nehru family.
Even the great venerable Ramnath Goenka, frustrated and broken by repeated I-T raids and ED investigations ultimately had to fire Arun Shourie twice from the Indian Express, which was once the best Indian newspaper in the 1970s and 80s. That was the team — Goenka the owner, Shourie the editor, and S.Gurumurthy the fearless journalist, that brought political heavyweights likeIndira Gandhi down on her knees and even took on corporate bulls likeDhirubhai Ambani.(Ramnath Goenka inspired the Mithun Chakrabortycharacter and S. Gurumurthy
inspired the R. Madhavan character in the Ambanibiopic “Guru”.) But very few journalists with neutral ideology are left in India’s media space today, that too in minor publications like The Pioneer. The Congress party essentially owns and controls every single mainstream media house in India, including Hindustan Times, The Times of India, NDTV, CNN-IBN, The Hindu, Tehelka, Outlook, Aajtak, News24, Amar Ujala etc,.

all hindus are communal , here is the proof : the real un-communal family of india and our future prime minister

this is true
every hindu who talks about hindu is communal 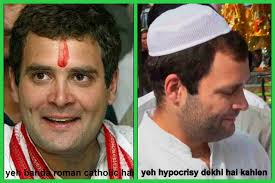 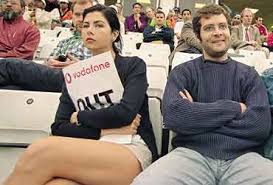 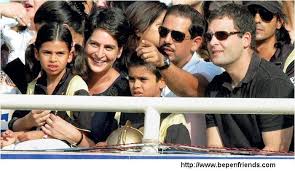 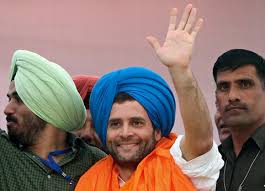 a big salute to shree dinanath batra : the savior of hindu's face 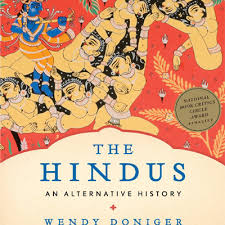 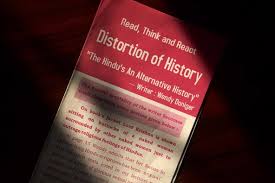 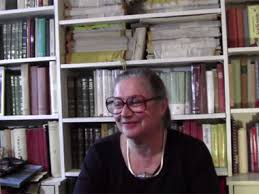 krishna sitting on the buttocks of a naked women.
--------------------
if she wanted to show krishna as a womanizer, she should have shown krishna stealing the clothes of bathing , naked women on the jacket of her book, instead.