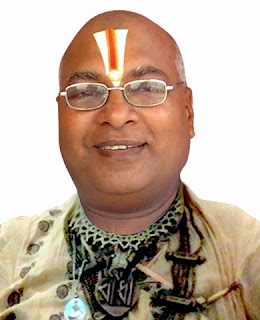 he is born on 21 st sept,1954 . fathers name is sh. kashi raam gupta, and mother's name is smt prem devi gupta​.
he was born in but his youth life was spent in his village 'Zhivana' , tehsil tizara, distt alwar, rajasthan.

after doing graduation from science, he went abroad and did some courses in gemology, industrial management etc.

he has lived 5 years in germany, 5 years in dubai, 11 years in usa , and has toured almost whole world many many times.

now he is helping other companies and individuals and young entrepreneurs  in developing their exports and imports as a consultant.

spritual life :
from his childhood he had interest in dharma, relegion, saints, scriptures etc.

he learned yoga from swami dhirendra brhamchaari ji , who was yoga-guru of three prime ministers of : nehru, indira and rajeev.

he was living in the commune of osho-rajneesh in .

his gita-guru is acharya shivendra nagar of vedanta acedemy, lonawala, .

​he is speaking on tv in usa,  in west-indies,  dubai and regularly touring the whole world and giving sermons on sh gita, raamcharit-maanas, sri bhaagwatam etc.

his life's moto is:
1. the spread of the words of sh krishna in whole world, through speaking in educational institutions, management schools, hospitals, jails, army etc.

2. to make riches at village and distt level by dairying.

This, the very first shloka of the upnishad, says -

"everything(whatsoever) in this world is pervaded by the supreme being, Find your enjoyment without being attached. 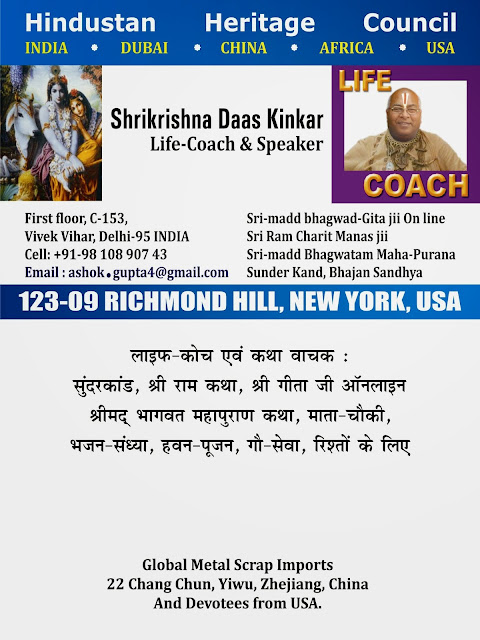 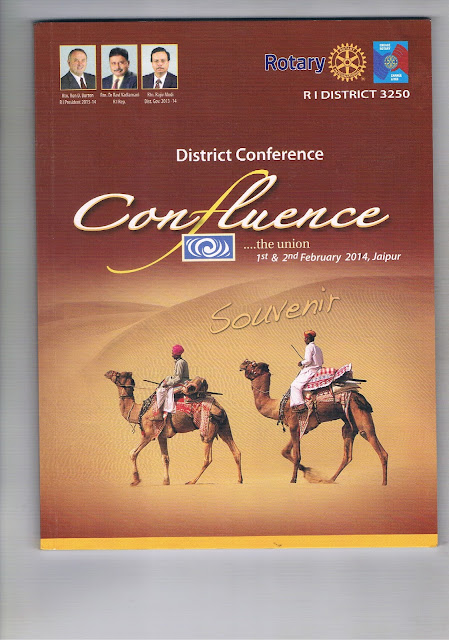 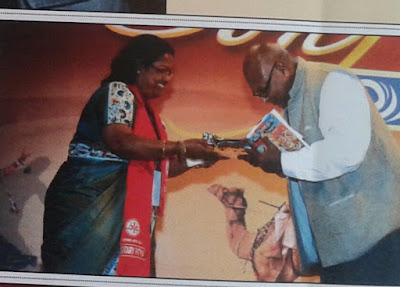 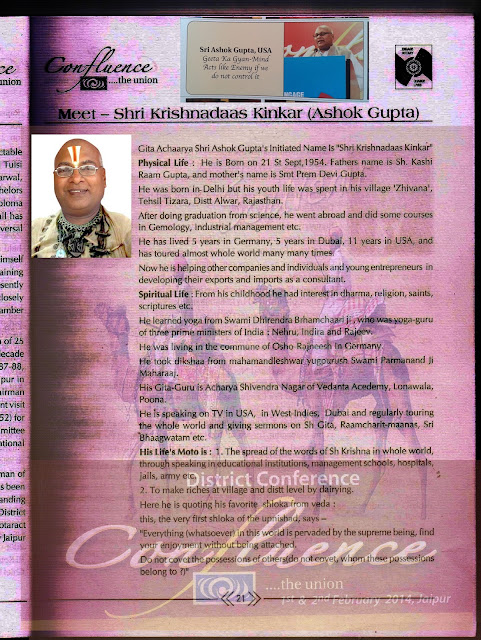 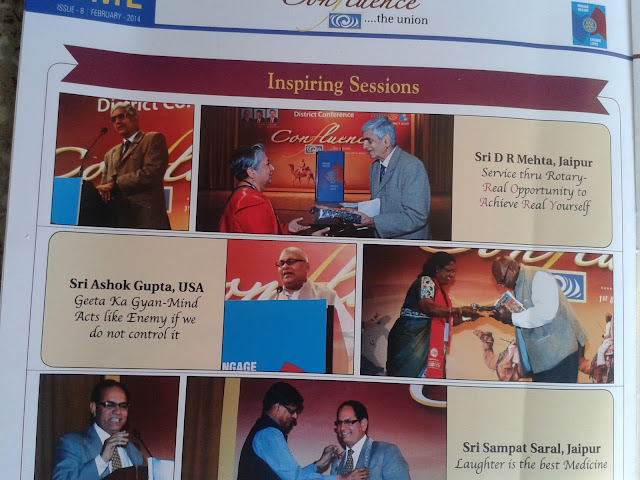 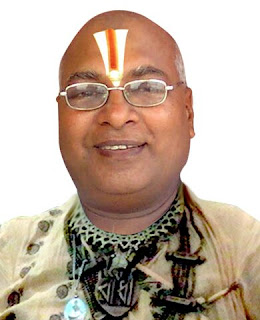 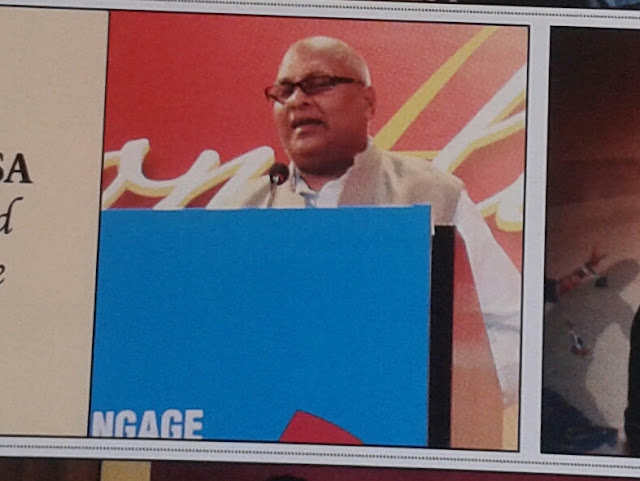 Namaste,
Here is a video of Congresswoman Tulsi Gabbard giving her Gita Jayanti address.
I feel just a little more comfort knowing we have a member of Congress who knows what she explains herein, and is also not afraid to say it.
Jai Sri Krishna.
Watch it through the link below:
http://www.youtube.com/watch?v=yOea-9ROyHU 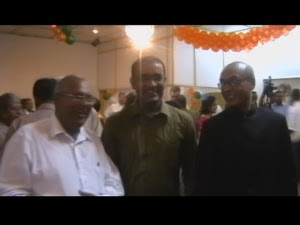 picture with the president of guyana his highness shri bharat jagdeo 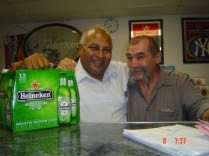 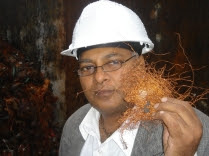 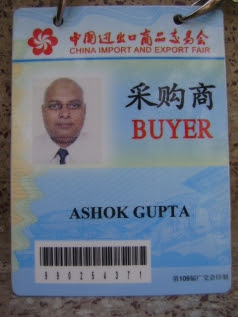 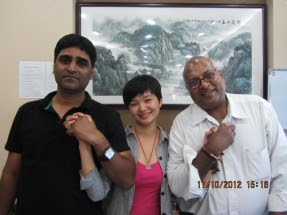 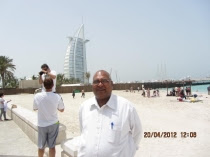 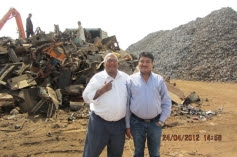 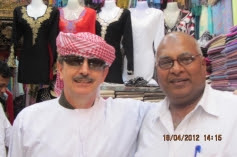 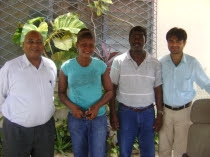 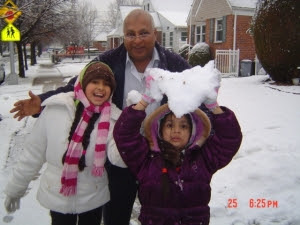 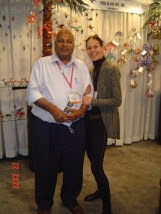 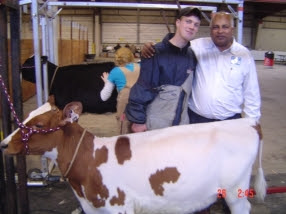 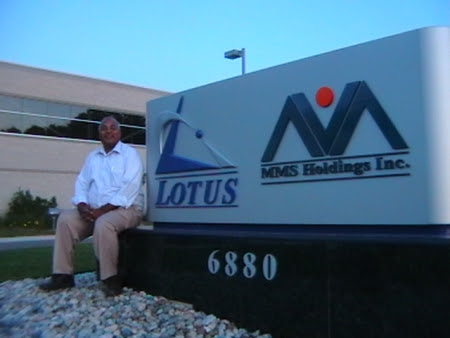 if by chance any body is interested in reading shree gita.
then he is a blessed soul already.
because sri gita is not a book.
it is the divine words spoken by the mouth of god for his dear dear friend.
it is actually a love letter between two close friends.
so for learning this, you should also be introduced to love already.
that is the prequalification.
we had made a programme where anybody who wish to start gita learning. can write us, and then we will allot a teacher to him, and they can mutually decide the convinient time for both.
then they log in to skype.com and can visually learn the gita, sitting at the comforts of their house.
this is purely free service with no committment of any sort .
for details you can contact me.
ashok gupta, delhi, india
email: ashok.gupta4@gmail.com
phone : +91-9810890743
*****************************************************
i was inspired by the life history of robert oppenheimer , who was the father of atom bomb and great scholor of sri gita.
Robert Oppenheimer's name has become almost synonymous with the atomic bomb, and also with the dilemma facing scientists when the interests of the nation and their own conscience collide.
his small life history is as under:
-  - - - - - - -  - - - - - - - - - - - - - - - - - - -- - - - - - - -- - - 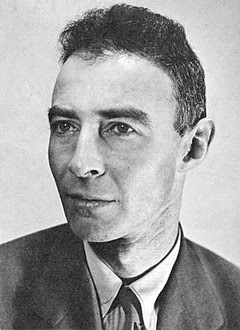 J. (Julius) Robert Oppenheimer was born in New York City on April 22, 1904. His parents, Julius S. Oppenheimer, a wealthy German textile merchant, and Ella Friedman, an artist, were of Jewish descent but did not observe the religious traditions. He studied at the Ethical Culture Society School, whose physics laboratory has since been named for him, and entered Harvard in 1922, intending to become a chemist, but soon switching to physics. He graduated summa cum laude in 1925 and went to England to conduct research at Cambridge University's Cavendish Laboratory, working under J.J. Thomson.
In 1926, Oppenheimer went to the University of Göttingen to study under Max Born, obtaining his Ph.D. at the age of 22. There, he published many important contributions to the then newly developed quantum theory, most notably a famous paper on the so-called Born-Oppenheimer approximation, which separates nuclear motion from electronic motion in the mathematical treatment of molecules. In 1927, he returned to Harvard to study mathematical physics and as a National Research Council Fellow, and in early 1928, he studied at the California Institute of Technology. He accepted an assistant professorship in physics at the University of California, Berkeley, and maintained a joint appointment with California Institute of Technology. In the ensuing 13 years, he "commuted" between the two universities, and many of his associates and students commuted with him.
Oppenheimer became credited with being a founding father of the American school of theoretical physics. He did important research in astrophysics, nuclear physics, spectroscopy and quantum field theory. He made important contributions to the theory of cosmic ray showers, and did work that eventually led toward descriptions of quantum tunneling. In the 1930s, he was the first to write papers suggesting the existence of what we today call black holes.
In November 1940, Oppenheimer married Katherine Peuning Harrison, a radical Berkeley student, and by May 1941 they had their first child, Peter. When World War II began, Oppenheimer eagerly became involved in the efforts to develop an atomic bomb, which were already taking up much of the time and facilities of Lawrence's Radiation Laboratory at Berkeley. He was invited to take over work on neutron calculations, and in June 1942 General Leslie Groves appointed Oppenheimer as the scientific director of the Manhattan Project.
Under Oppenheimer's guidance, the laboratories at Los Alamos were constructed. There, he brought the best minds in physics to work on the problem of creating an atomic bomb. In the end, he was managing more than 3,000 people, as well as tackling theoretical and mechanical problems that arose. He is often referred to as the "father" of the atomic bomb. (In 1944, the Oppenheimers' second child, Katherine (called Toni), was born at Los Alamos.) The joint work of the scientists at Los Alamos resulted in the first nuclear explosion at Alamagordo on July 16, 1945, which Oppenheimer named "Trinity."
After the war, Oppenheimer was appointed Chairman of the General Advisory Committee to the Atomic Energy Commission (AEC), serving from 1947 to 1952. It was in this role that he voiced strong opposition to the development of the hydrogen bomb. In 1953, at the height of U.S. anticommunist feeling, Oppenheimer was accused of having communist sympathies, and his security clearance was taken away. The scientific community, with few exceptions, was deeply shocked by the decision of the AEC. In 1963, President Lyndon B. Johnson attempted to redress these injustices by honoring Oppenheimer with the Atomic Energy Commission's prestigious Enrico Fermi Award.
From 1947 to 1966, Oppenheimer also served as Director of Princeton's Institute for Advanced Study. There, he stimulated discussion and research on quantum and relativistic physics in the School of Natural Sciences. Oppenheimer retired from the Institute in 1966 and died of throat cancer on February 18, 1967.
======================================

raamcharit maanas is what inspired me also :
Shri Ramcharitmanas (Devanāgarī: श्रीरामचरितमानस, IAST: Śrīrāmacaritamānasa), also spelt Shri Ramcharitamanasa, is an epic poemin Awadhi, composed by the 16th-century Indian poet, Goswami Tulsidas (c.1532–1623). Ramcharitmanas literally means the "lake of the deeds of Rama."[1] Tulsidas compared the seven Kāndas (literally 'books', cognate with cantos) of the epic to seven steps leading into the holy waters of a Himalayan lake (Mānasa, as in Lake Mansarovar) which "which purifies the body and the soul at once."[2][3]The core of the work is a poetic retelling of the events of the Sanskrit epic Ramayana, centered on the narrative of Rama, the crown prince of Ayodhya. The poem is also called Tulsikrit Ramayan (literally, The Ramayan composed by Tulsi or, loosely, The Ramayan of Tulsidas).[4]

Tulsidas (sometimes simply referred to as Tulsi) began writing the scripture in Vikram Samvat 1631 (1574 CE) in Avadhpuri, Ayodhya [during the reign of Akbar (1556-1605)].[5]The exact date is stated within the poem as being the ninth day of the month of Chaitra, which is the birthday of Ram, Ram Navami.[5] A large portion of the poem was composed at Varanasi, where the poet spent most of his later life.
Today, it is considered one of the greatest works of Hindu literature. Its composition marks the first time the story of Ramayana was made available to the common man for song and performance.[citation needed] The text is associated with the beginning of the tradition of Ramlila, the dramatic enactment of the text. It was Tulsidas' aim to make the story of Ramlila accessible to the masses.[citation needed] Sanskrit was seen as a very complicated language to master, at his time, and so for this reason the Shrī Rāmcharitmānas was written in Avadhi,[6] which belongs to the Eastern Hindi language family.
-------------------------------------------------------------------------
the third shashtra i am inspired is sri madd bhaagwatam mahapuraan 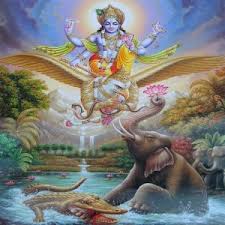